Appleby signal box, officially known as `Appleby North` has been undergoing major structural and refurbishment work intended to extend the life of the asset into the mid 2050s. The work on Appleby box became necessary due to ground movement which resulted in the structure which dates from the summer of 1951 developing a lean to one side. The scope of the work also included drainage repairs and improved facilities for the signallers.

When all of this work is completed Appleby North signal box looks set for another 35 years of faithful service during which it will hopefully achieve its 100th
anniversary. 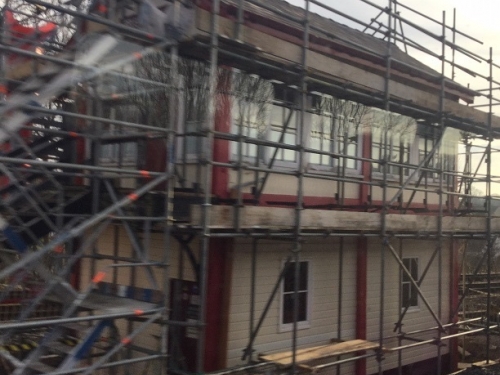