The attached paper gives an overview of the state of public transport along the Leeds-Settle-Carlisle (SCL) rail line corridor and identifies a significant opportunity for the railway to lead the development of an integrated transport solution for the area.
1.2 A more integrated transport network centred on the SCL corridor would not only benefit local communities providing access to the outside world for leisure, college, health and employment but also allow tourism to develop thus benefiting the local economy and, ultimately, the economy of the railway.
1.3 For this to happen it will need to be driven by a forward-thinking single body such as a Community Rail Partnership.
1.4 The Leeds-Settle-Carlisle line is a nationally important rail corridor which has gained increased ridership since reprieve in 1989. However, despite passing through one of the most scenic areas of Britain the line fails to fulfil its true potential for communities and tourism due to the lack of integrated travel both to and from the intermediate stations along the line.
1.5 Buses already provide a valuable part of the amenity of the line without which onward travel would be difficult. However, some services which previously existed have been lost or reduced due to the withdrawal of council subsidies. In addition to this, with the growth in tourism and increased environmental concerns, there is an urgent need for development of a more integrated transport solution for the benefit of the area. 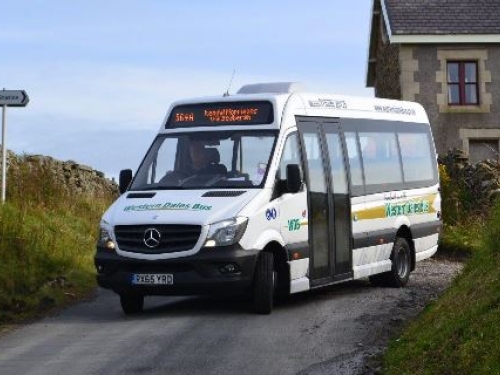 Attachment(s)
The Case for Integrated Transport on the Leeds-Settle-Carlisle Line Corr....pdf2.72 MB