The latest figures from the ORR (Office for Road and Rail) for station footfall, that's the number of people getting on and off trains at a particular station, show that the Settle-Carlisle Line passenger numbers have recovered very well after the line was closed at the northern end for over a year by the Eden Brows landslide.  The chart shows a time series from 2005-06 to 2017-18 for Armathwaite which as the nearest station to the landslide was particularly badly affected.

The figures for 2018-19, due out in a year's time, will no doubt show the detrimental effect of the strike action by Northern Rail conductors and we sincerely hope this will be resolved before it has too great an impact. 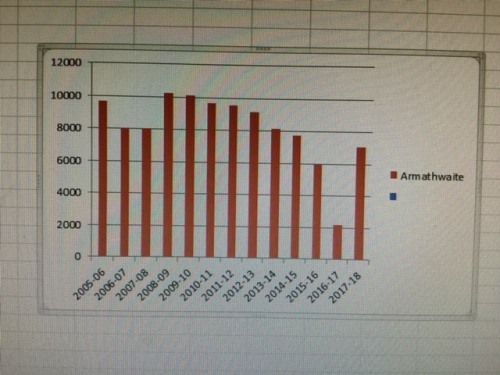