Strikes to go ahead on 1st December

Northern has written to the RMT inviting it to recommence ACAS talks.

Northern spokesperson said: “Northern has invited RMT to talks at ACAS in order to resolve its dispute. We are pleased that RMT has agreed to recommence talks at ACAS with no pre-conditions and we look forward to resolving this long-running dispute. Those talks can build on recent public statements made by Transport for the North and Department for Transport on the customer service and other benefits that will come about with a second person retained on Northern services in the future.

"We want to make it clear to customers that the timetable for tomorrow, Saturday 01/12/18, cannot now be changed because it takes a number of days to reinstate a normal timetable. Regardless of whether or RMT continues its dispute tomorrow, the Northern service tomorrow will be the revised timetable of around 700 services, between 8am – 5pm.”

From the RMT Press Office:

RAIL UNION RMT today confirmed that strike action on Northern Rail goes ahead tomorrow exactly as planned after the company failed to respond by noon to a request for urgent talks around the core principles of the role and responsibilities of the second person on the train.

The union had set out three core objectives to be met which would have facilitated talks and allowed for tomorrow’s action to be suspended:

1. An absolute guarantee that no trains will run without the second member of staff on board.

2. That the second member of staff will be clearly designated as safety critical to the running of all services.

3. That the second member of staff will retain the full suite of safety and operational competencies of the guard, including a direct role at the platform/train interface and train despatch.

Arriva Rail North have failed to make any response to the union call.

“RMT made it clear that we needed a formal response from Northern Rail by noon today to the core principles around the role and responsibilities of the second person on their trains. We are angry and frustrated that no such response has been forthcoming and as a result of the company’s failure the action goes ahead tomorrow exactly as planned.

"It has only been the resilience of RMT members and our supporters from the ‎travelling public whose solidarity and determination have been instrumental in getting the focus of the dispute back on to the guarantee of a second person on the train. It is deeply disappointing that the company have failed today to meet the union’s call to move the issues forwards.” 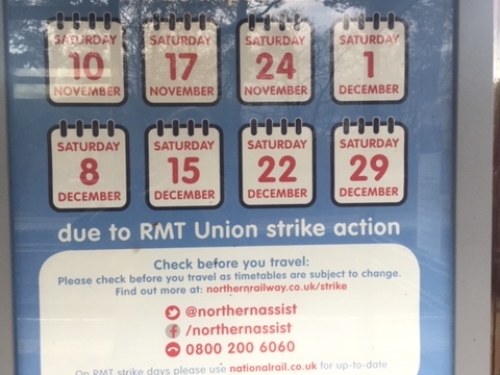