('the map is based on UK ATOC rail map showing relevant lines).

The so-called* 'Settle-Carlisle Line' was built as part of The Midland Railway's main route from London to Scotland. Closure threatened during the 1980s. It was reprieved in 1989 since-when it has been massively upgraded. It was a high speed line and still is - but is presently limited to just 60mph. That speed dates from when closure threatened and major maintenance was futile. The 2019 Allport** Report (updated) is compiled by experienced and respected railway specialists and shows how the line speed can be increased and inter-city services resumed with minimal interventions. Allport has so far been deliberately unpublished but its existence is well known to key people in the railway industry, including members of the Union Connectivity Review. Updated copies are with the UCR secretariat.

* The 'Settle - Carlisle' title came about when closure threatened and for present purposes it misleads badly. Though one of the World's Greatest scenic Railway Journeys the S&C is simply that part of the Midland Railway's route to Scotland that was under threat and the name has stuck. Its construction was comparable to today's HS2 in scale, taking as it does the difficult way - up and through the Pennines via the spectacular Leeds-(Settle)-Carlisle line. Hence the 'Whoosh and Wow Way'. Rail connectivity at Leeds with the north of England and the Midlands is a key factor for connectivity and can be clearly seen from the map above. This route was and remains the shortest and most direct route between The Midlands, Yorkshire and Scotland.

** James Allport, as General Manager of the Midland Railway, can be credited with building the then termed 'Midland Extension' northwards to Scotland. The Allport Report spells out how it can resume that role. Allport contact: Mike Hogg 07833 402804

Further explanations are contained in our response to consultation question 7 are attached as a .pdf which also contains the contents of this covering email.
(Signed) jointly by
Paul Brown, Chairman, The Friends of the Settle-Carlisle Line. Established in 1981 originally to oppose closure of the line FoSCL is the UK's largest rail support group with around 3,000 members Worldwide and approximately 200 active volunteers.
John Moorhouse, Chairman, The Settle-Carlisle Railway Development Co Ltd. Dating from 1992 the Development Company is a Community Rail Partnership for the line accountable to a board of directors. Its commercial activities support the passenger services of the train operator
Bryan Gray, CBE, DL Chairman, The Settle and Carlisle Railway Trust,
The S&C Trust is a registered charity dedicated to the line's built heritage accountable to a committee of trustees.
Resumed use of the line as a through passenger route has been high on the agendas of all three support bodies throughout.
Submission collated by FoSCL former chairman, Mark Rand 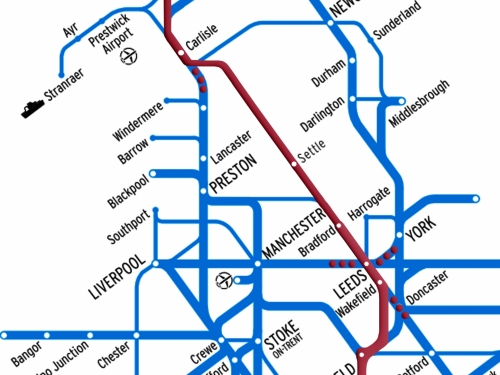